THE ROYAL GUARDSMAN AND THE STANDARD BEARER

The Royal Guardsmen and the Standard Bearer are available in silver, gold and polished steel. It is a perfect gift for lovers of Kay Bojesen’s playful and beautiful design.

It was no surprise that Kay Bojesen had forged a Royal Guard in silver. He had a very loving relationship to the city of Copenhagen where he grew up and worked for his whole life.

The Kay Bojesen Royal Guards are Danish design at its best. They are available in silver, 24k gold and polished steel. You can get your Royal Guard in variants; the classic and charming Royal Guard stands upright and proud in his uniform with the characteristic busby. In his right hand, the Royal Guard carries a rifle which rests on the right shoulder and both of his arms are moveable. The Standard Bearer, with his red and white Dannebrog, makes any festive occasion a little more festive. The different designs, materials and prices makes it easy to find the Royal Guard which fits your wishes.

Kay Bojesen was a very productive man and during his career he managed to put more than 2000 different designs into production. If you look at how long his active career was, this is an impressive 2.6 designs per week in average.

Unfortunately, no adequate index covering Kay Bojesen’s designs has been made and much of his designs were commissioned works and therefore only made in a few copies. Therefore, so far unknown Kay Bojesen designs keep on emerging – designs that even Kay Bojesen’s family knows nothing of. 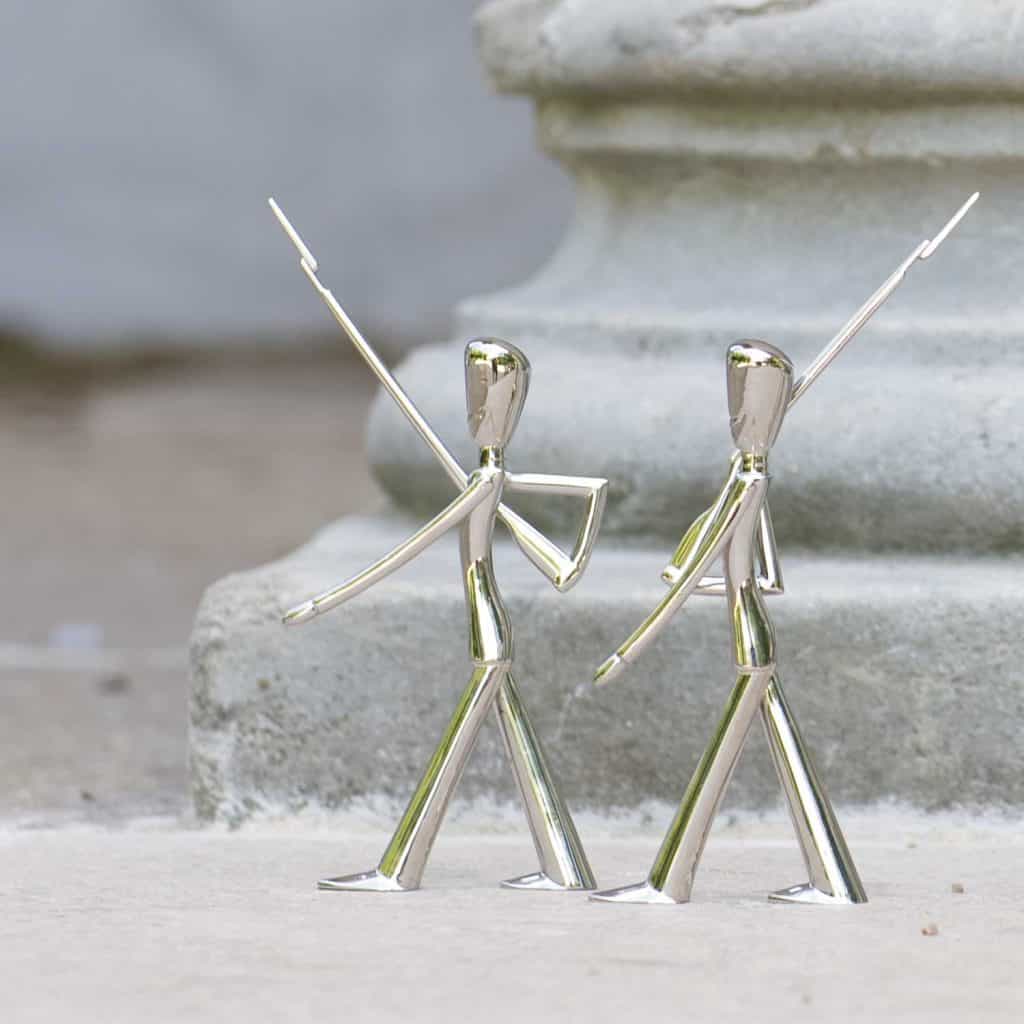 THE ROYAL GUARDSMAN IN POLISHED STEEL

The Royal Guard in polished steel stands upright and proud in his uniform with the characteristic busby. In his right hand, the Royal Guard carries a rifle which rests on the right shoulder and both of his arms are moveable. 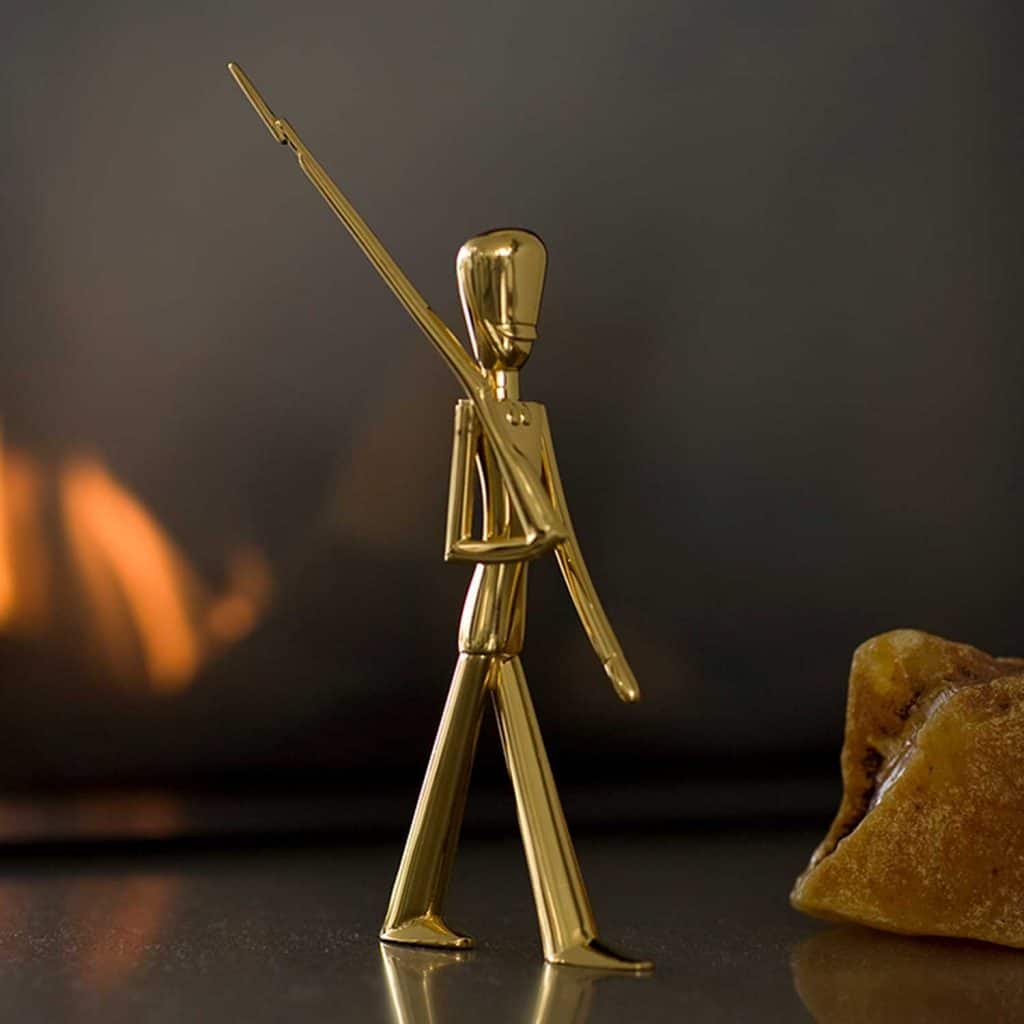 THE ROYAL GUARDSMAN IN 24K GOLD

The original Royal Guardsman in silver is also produced in stainless steel coated with 24k gold. This Guard is the perfect for discerning design lover. 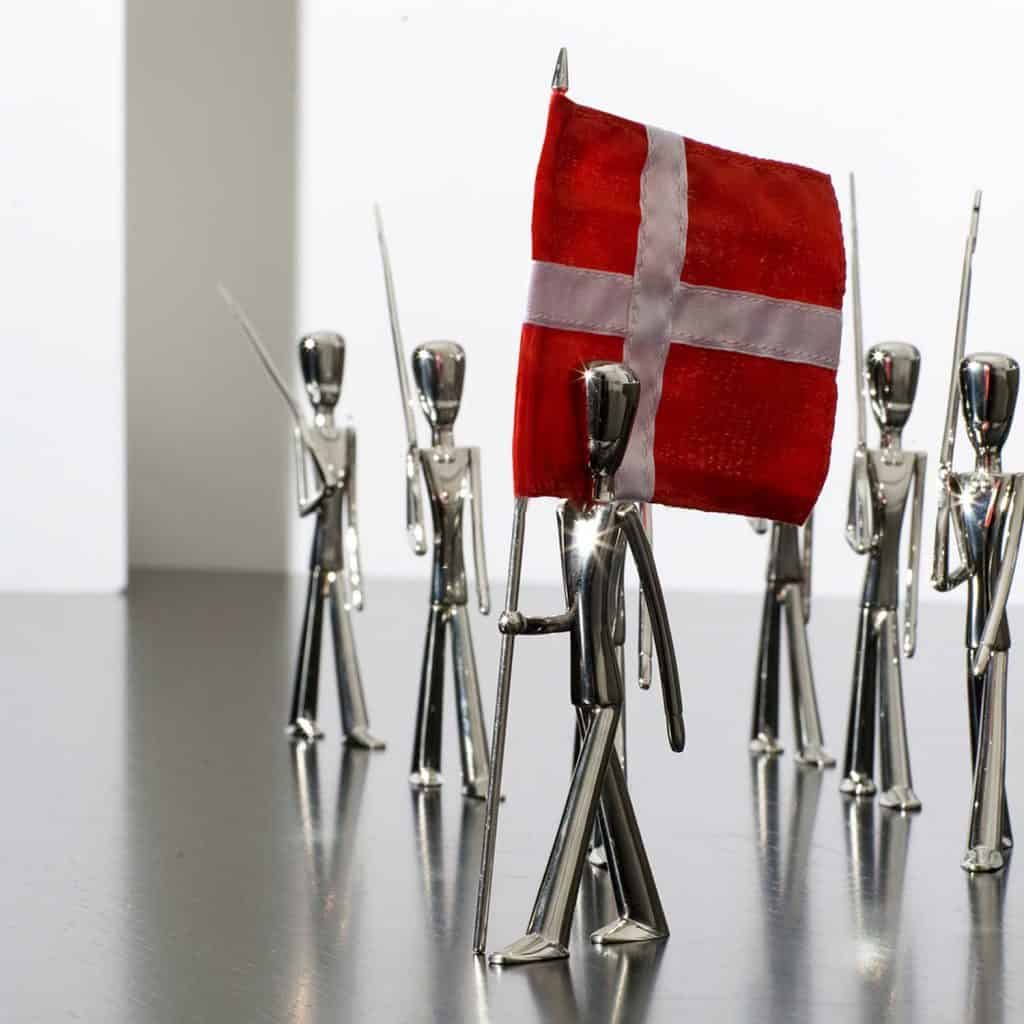 THE STANDARD BEARER IN POLISHED STEEL

The Kay Bojesen Standard Bearer in polished steel stands proudly with his swaying Dannebrog. The Standard Bearer is clearly the best choice for any birthday celebration or for decoration throughout the year. 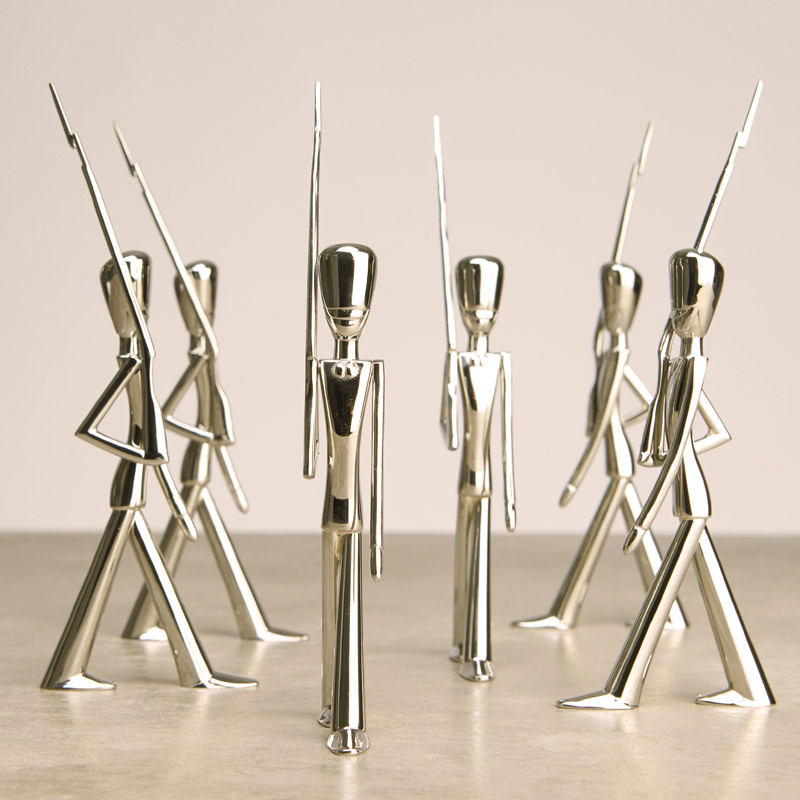 THE ROYAL GUARDSMAN IN SILVER

One wondrous Kay Bojesen discovery was the Royal Guard in silver. When Kay Bojesen’s grandchildren had to empty their parent’s attic, years after Kay had passed away, it was hard for them to get an overview of what to throw out, store, and keep. Among all the stuff, they found a small, anonymous-looking and rattling box. In the box was a lot of loose components – small samples of cobber busbies, rifles, arms, legs, and torsos. Among the samples was a fully assembled silver Royal Guard. No one in the family had seen the silver Royal Guard before, and from the small components it was clear so see how Kay Bojesen had forged his way to the perfect weight and height.