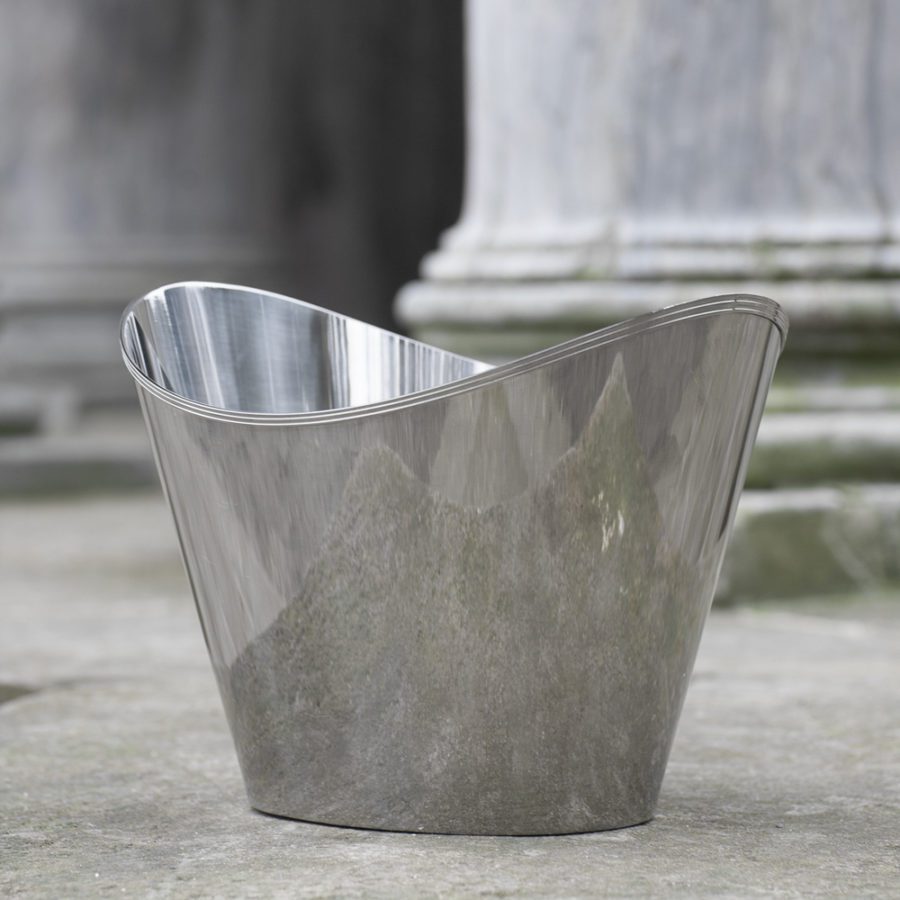 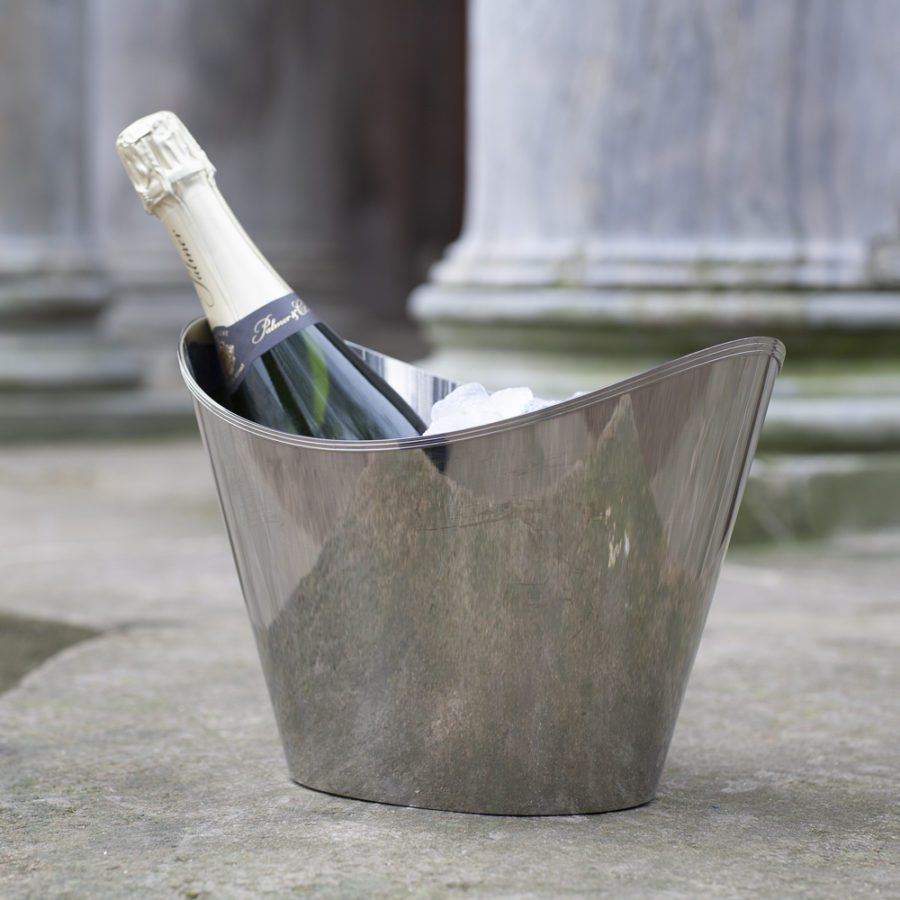 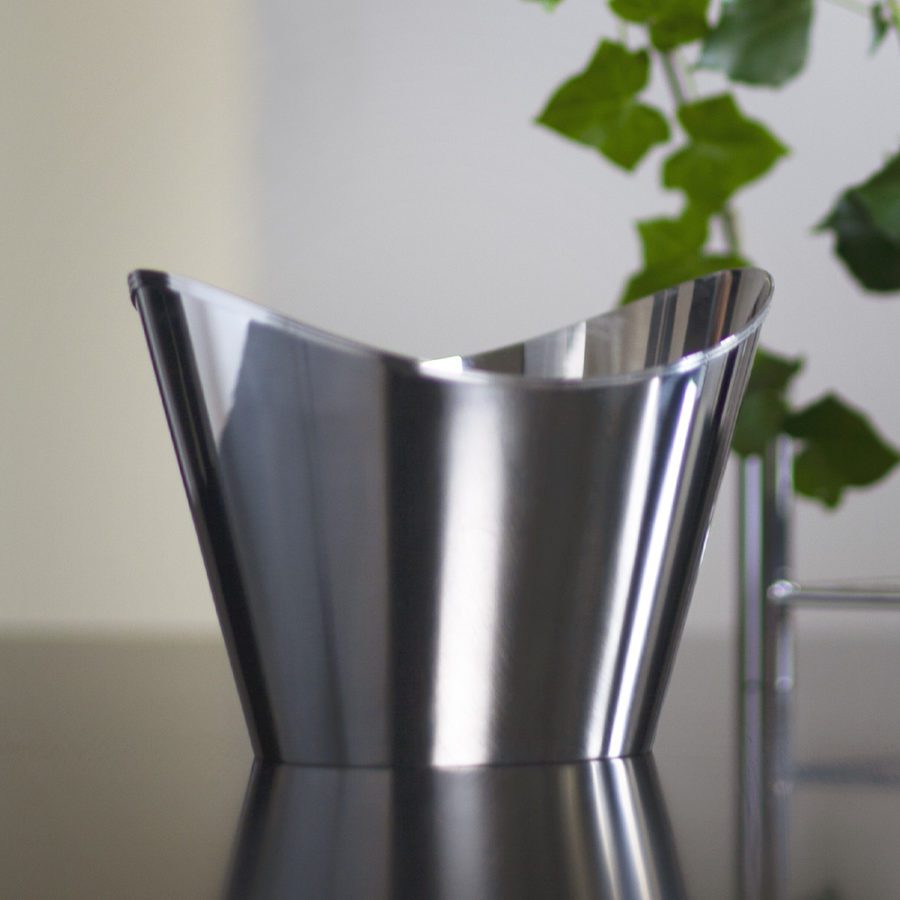 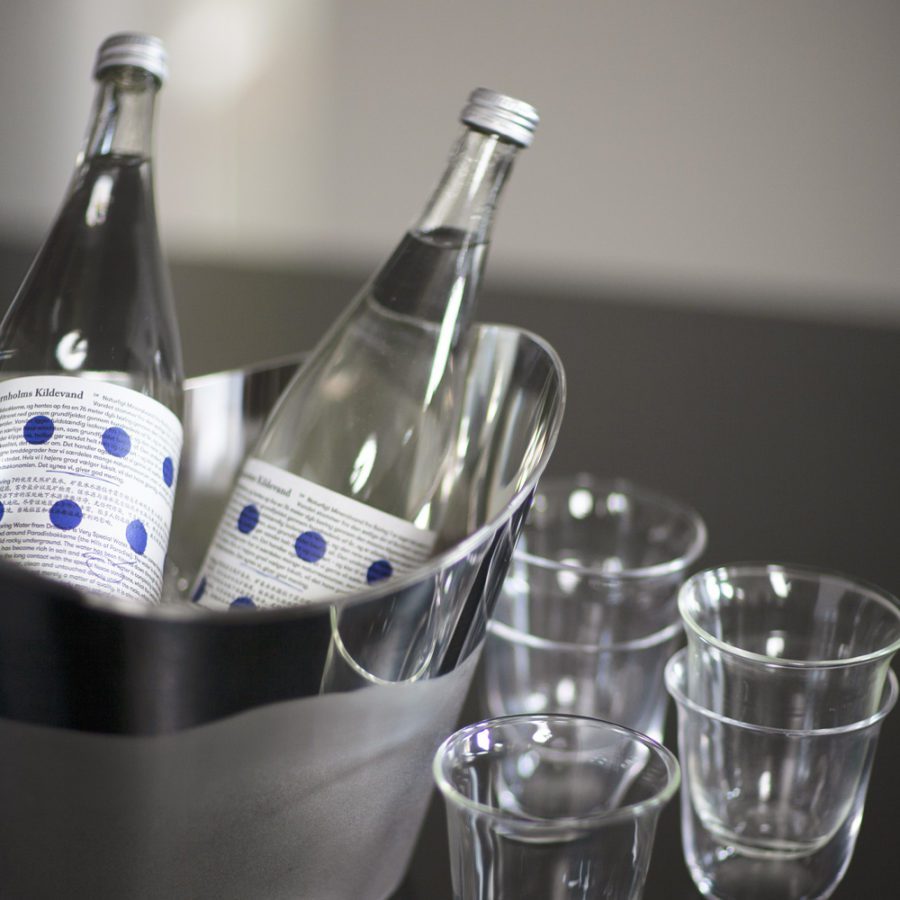 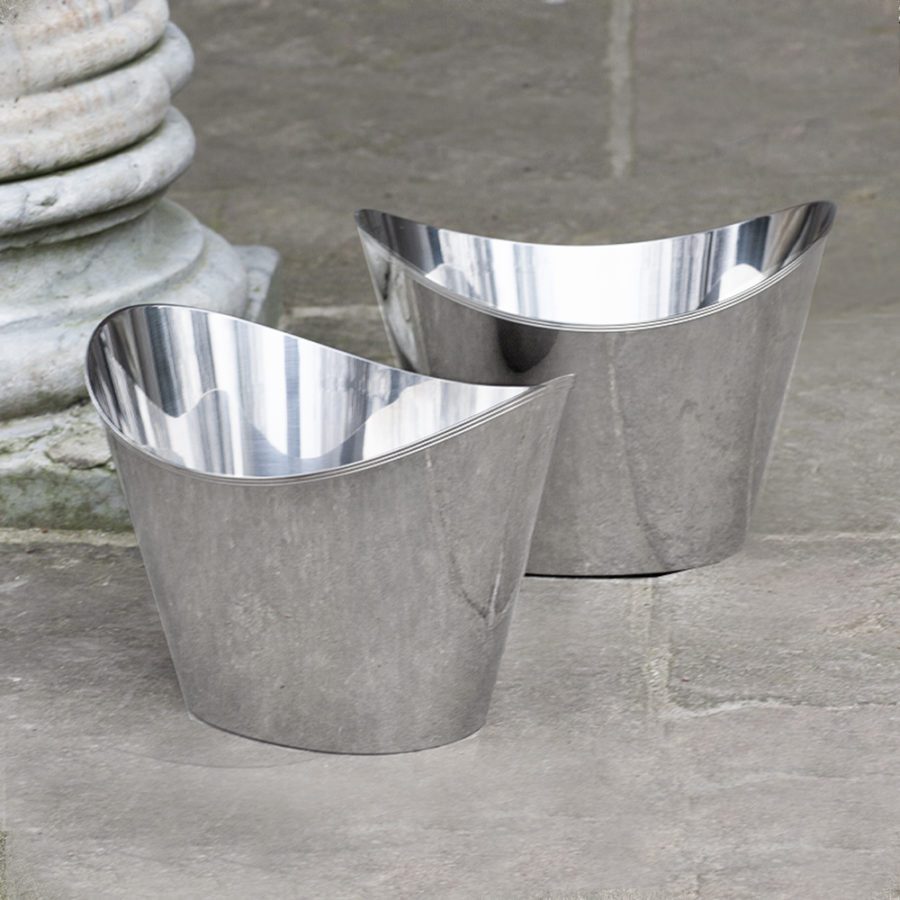 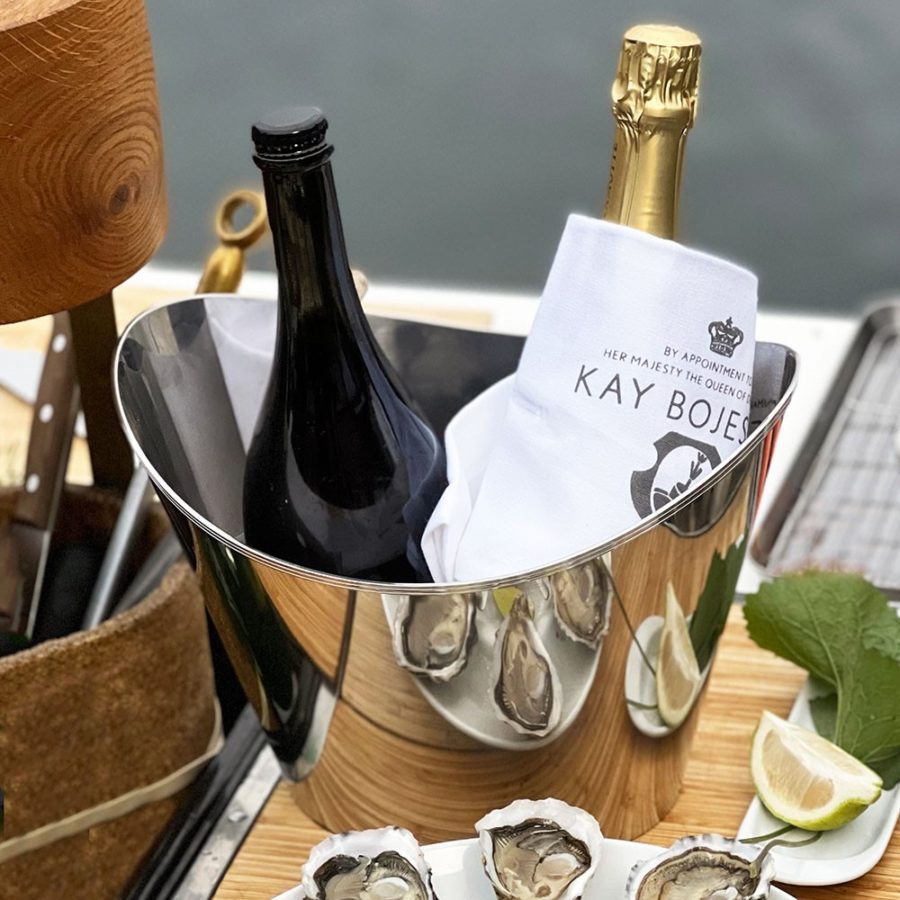 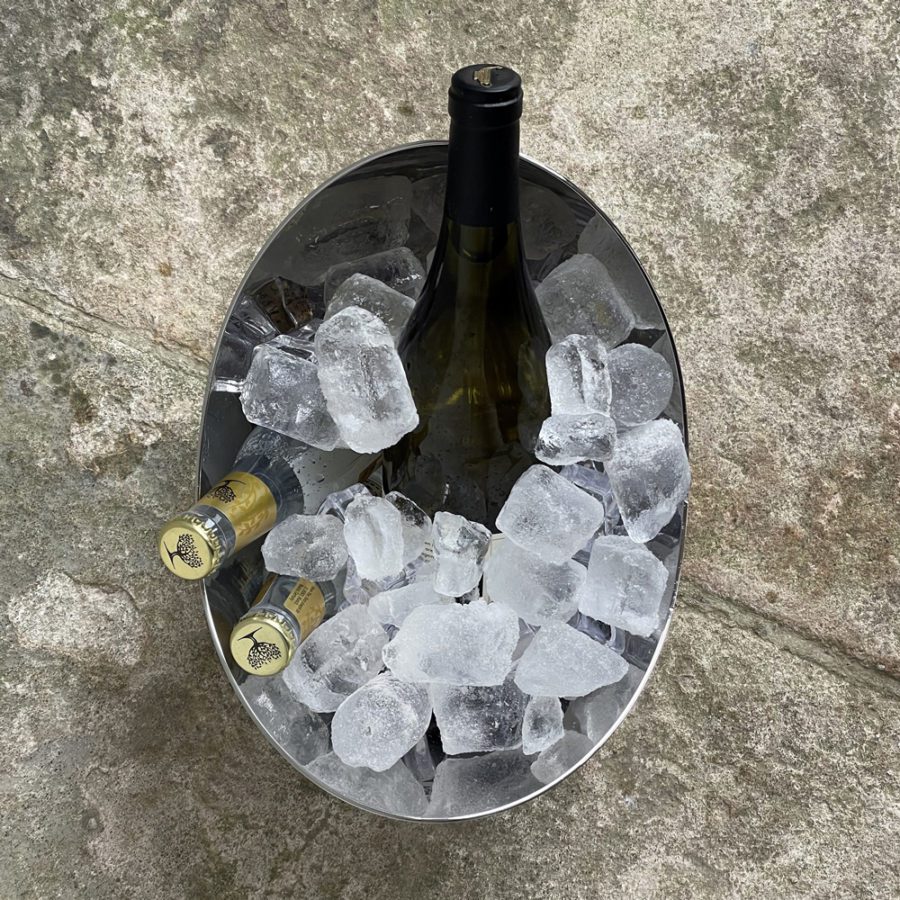 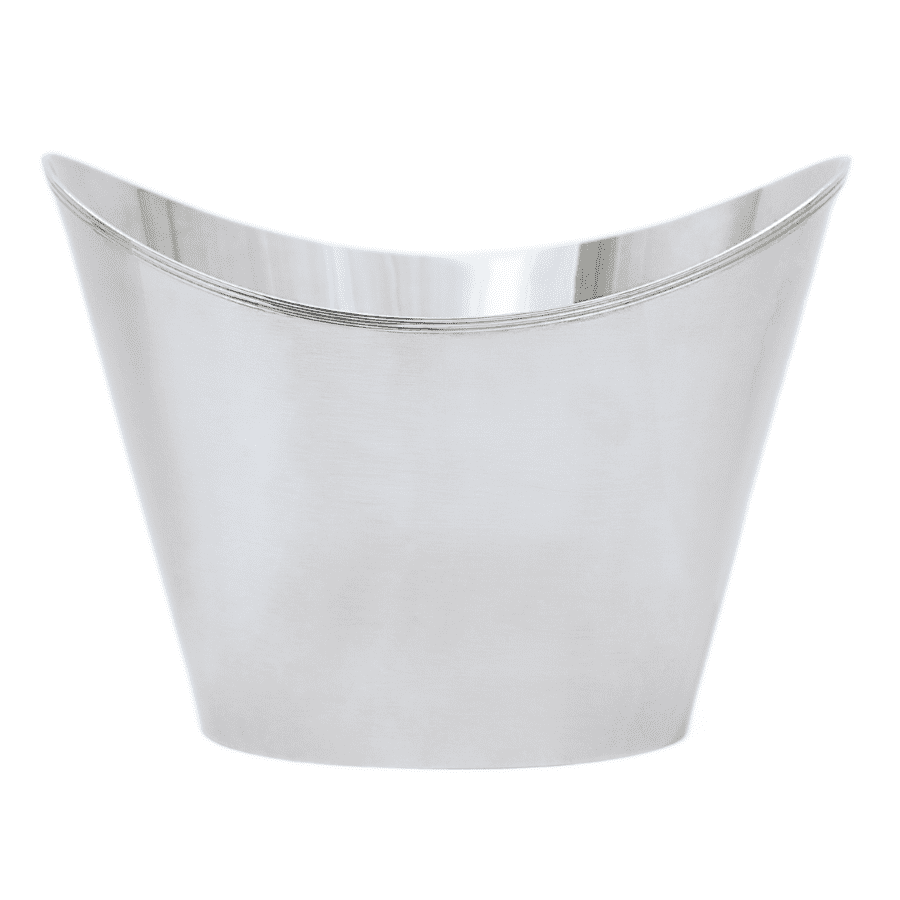 Just like all other products in the assortment, Kay Bojesen’s COOLER in polished steel originates from Kay’s archive of silverware designs.

Delivery with GLS or PostNord

Kay Bojesen created more than 2000 different designs during his working life, and from time to time new, unprecedented products still show up. This was the exact case when a hand-made bowl in silver, crafted by Kay Bojesen during the 1940’s, recently appeared in a Danish antique shop.

Besides the fact, that the Kay Bojesen Buoy hallmark, stamped at the bottom of the bowl, verifies the origin of the silverware, the characteristic functionalist design leaves no doubt about who the creator of the bowl is. In line with Kay Bojesen’s very distinctive style, the bowl has been shaped by organic contours, that, at once, unite the artistic with the practical, which were two things Kay always managed to balance perfectly.

Design that is functional in all sizes

Kay Bojesen’s work is characterized by a certain versatility that does not limit the different designs to singular specific usages – quite the contrary. For this reason, the shape of the bowl quickly drew associations to other possibilities for uses, which has ultimately resulted in this bottle cooler.

The COOLER is an exact replication of Kay’s bowl in silver, merely introduced in polished steel and scaled up twice from the original size. This has made the shape particularly suitable for holding one or several bottles on a base of ice cubes. The bottle cooler’s exceptional spaciousness makes it suitable for numerous functions, and makes it easy to serve everything from cans and bottles, to pitchers with refreshments that can be served at the children’s table, just as well as for the adult crowd.

The elegant way to chill drinks

Kay Bojesen’s COOLER is ideal for keeping beverages ice cold and is just as effective as a decorative element on the table. The bottle cooler has a beautiful and exclusive appearance, with its clean, shiny surface that is only broken by a minimal amount of decoration in the shape of three elegant rolls that run along the entire edge of the bowl.

The bottle cooler has a simple, yet sophisticated expression that complements the good bottle of wine as well as the bottle of lemonade, water and the festive bubbles with or without alcohol. The subtle design makes it eternally relevant and allows for it to be incorporated as part of the table setting for everyday use and at celebrations.

An integral part of the table setting

It is a rare occurrence that an ice bucket is allowed to take on the part of a centrepiece at the dining table. Equally as rare is it, that a champagne- or wine cooler steals the show, and the crowd’s attention, with just its presence. However, this is nevertheless the case for Kay Bojesen’s COOLER, which can easily be included in the table setting, as its dimensions do not take up excessive space on the table.

At the same time, the COOLER’s unique and spacious construction means that you are not limited to only having a single bottle refrigerated at a time but have the opportunity to serve something for everyone at once.

A luxurious feature on the table

The bottle cooler’s glossy surface has a festive and, at the same time, elegant expression, which is passed on to the rest of the table setting and the surroundings. The polished surface of the steel can, by reflecting the light, act as an ornament in itself, or work in interaction with the surroundings, by mirroring the nearby colours and shapes. The design of the COOLER is both sleek and soft at the same time, and formed in exquisite, reflecting steel, which means that it always adds a little something extra to the table with its presence.